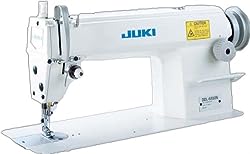 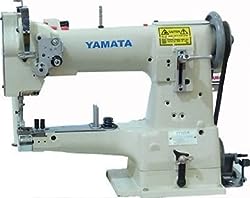 41%
Popularity Rankings
Current price
$1550
Go to listing
Info
Color Mouse over a color for a picture
White
no data
Weight
no data Know this info? Contribute!

Juki DDL-5550 is a very popular option on the higher end of the price range. It's in the top 3 bestselling industrial sewing machines and has a couple of popular alternatives in the same price range, such as Juki DU-1181 or Juki DU-1181N .

Juki DDL-5550 was released in 2011. There are quite a few newer industrial sewing machines on the market. Show newer Industrial Sewing Machines

Yamata FY335A is a well-known and one of the more expensive options. It's in the top 3 bestselling industrial sewing machines and has dozens of popular alternatives in the same price range, such as SINGER 20U109 or Juki DNU-1541 .

This website displays data from third party public sources. We do not endorse or disapprove of any products presented here. The data presented is for information purposes only. We can't guarantee correctness and completeness of all the data presented here, and therefore will not accept liability for any issues arising from usage of this data. All Trademarks and Copyrights belong to their respective owners. As an Amazon Associate this website earns from qualifying purchases at no extra cost to you.